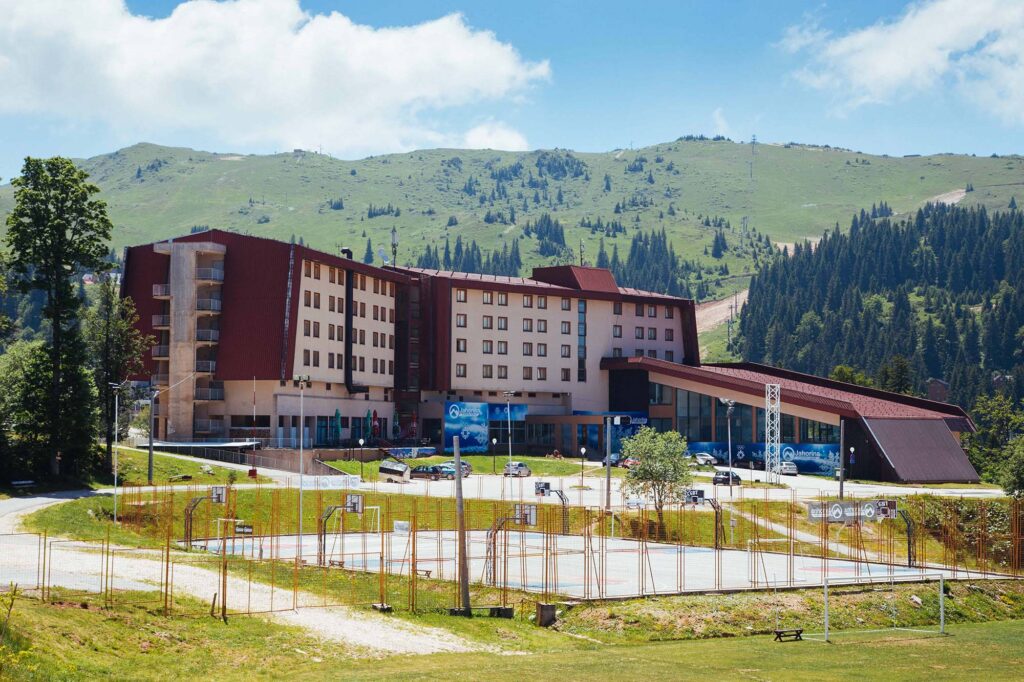 On the site of today’s hotel “Bistrica”, in 1960 “Villa Bistrica” was built, which was better known as “Villa of the Executive Council of Bosnia and Herzegovina”. Originally, the villa was built out of stone with 44 beds in double rooms and 4 suites. The villa was known for its disco club, about which adventures are still retold today. It was burned down in 1974, and 10 years later, for the needs of the XIV Winter Olympic Games, a modern hotel “Bistrica” was built, categorized as a 4 stars hotel. The hotel is named after the eponymous river Bistrica, whose source is at the foot of Mount Jahorina.

At the most beautiful lookout point of the mountain, between the Jahorina peaks and the picturesque valley of the river Prača, 1620 meters above the sea lays the hotel “Bistrica”. Recently, the owner of this hotel facility became ZTC “Banja Vrućica” a.d. which has a long tradition in the field of tourism, and has extensive experience in working with guests and meeting their needs.

You are all invited

An ideal place to relax

From the content we single out:
In the immediate vicinity of the hotel there are sports fields for football, basketball, handball and volleyball, as well as an outdoor gym.

With pleasant evening moments by the fire and with a bottle of wine, the stay in our hotel will remain in your long lasting memory. 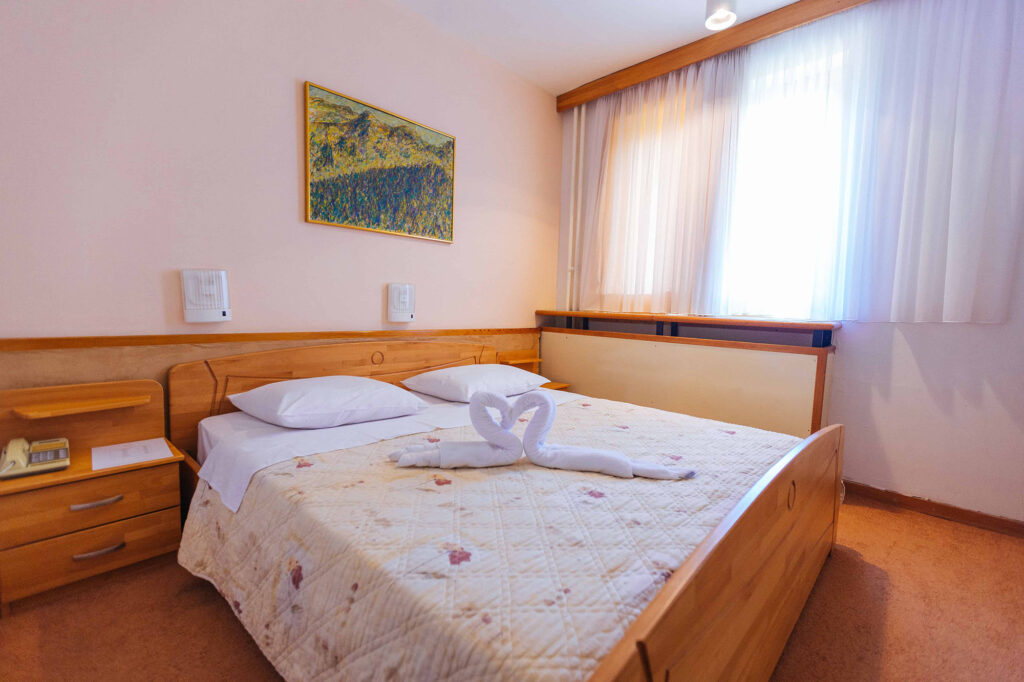 We are waiting for you this season as well 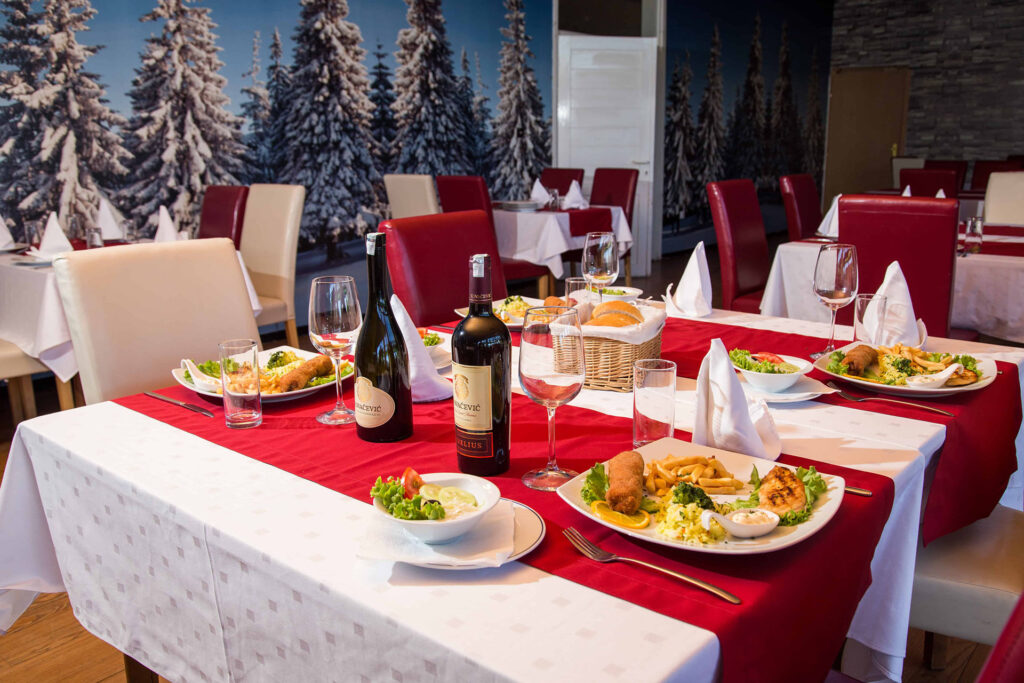 The menu presents a selected combination of dishes from national and regional cuisine. Gastronomic pleasure with grilled and sač specialties is complemented by a rich selection of salads, desserts, cheeses, as well as a rich offer of local drinks, wines, etc.